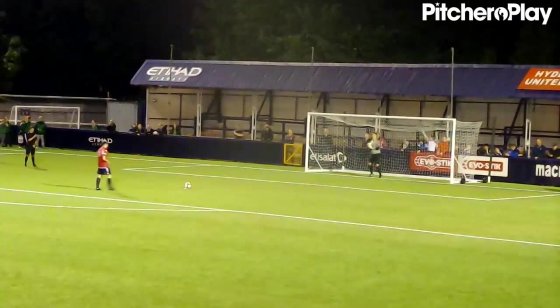 The Tigers sadly bowed out of the Manchester Premier Cup on Tuesday, losing to Salford City 3-1 on penalties after a cracking 3-3 draw. As soon as Salford equalised in the last minute, I got that sinking feeling as we approached the dreaded penalty shootout. I know, that’s my natural pessimistic response, you may be thinking, but the facts are we just aren’t very good when it comes down to a penalty shootout.

For starters, Ill throw in the fact that, after last night, we have now been knocked out of the Manchester Premier Cup on penalties for the last four seasons! We are actually on a ten game (90 minute) unbeaten run in the competition stretching back to when Maine Road knocked us out in November 2012.

In all competitions we have now lost our last six penalty shootouts, hopefully this is something that can be turned round at some point!

Overall we have been involved in 14 shootouts, the first being back in 1984 in the Northern Premier League Challenge Cup Final at Maine Road. We lost that one 7-6 to South Liverpool. Of the 14, we have won just four, losing the other ten.

Two of our wins (against Leek Town and Curzon Ashton) came within four days of each other, in a period that saw the club play four games in five days, three of them cup finals, all of which went to extra time and two of them to penalties! That was a Mike McKenzie side at the top of it’s game.

I also notice that we have never been involved in penalties in the FA Cup or FA Trophy, indeed the only national competition that has gone to penalties was the Premier Inter League Cup Final against Barnet which we lost 5-3 after a 3-3 draw. I seem to remember John Bishop acting the fool in his run up and promptly failing to score.

So there we are, a brief but hopefully informative look back at our penalty shoot out record. I’m hoping for a change that will give me a feeling of hope going into 12 yard death strikes (Copyight @AmericanSoccerGuy) in future!

The last time we took part in a Northern Premier League (NPL) game, and little did we know at that point, that we were champions. The whole Spennymoor United saga had yet to be resolved and the actual fate of the championship would not be known for a few weeks. Eventually, Hyde were declared winners after an appeal to The Football Association.

But of course, our history with the NPL is long, having become one of the founder members of the league in 1968/69. Of the 20 teams that played out that first season, we will be the only ones competing in the Premier Division. Macclesfield Town, Wigan Athletic, Morecambe, Fleetwood, Boston United and Scarborough all went on to become Football League sides with varying levels of success.

From our last season, 2004/2005, of the 22 sides that competed, the following sides will be competing in 2015/16. Blyth Spartans, Frickley Athletic, Marine, Matlock Town, Whitby Town and Workington.

The make up of the league is a little different nowadays with an increase in the number of Midlands teams, with Barwell, Grantham Town, Halesowen Town,  Rushall Olympic, Stamford, Stourbridge and Sutton Coldfield Town all competing in the division.

Our full record in NPL League games (Including Division One 2003/04) is as follows….

* – Includes two seasons at two points for a win.

I’m looking forward to going back to the league that Hyde were in when I began to watch them in 1986, I know for some people it will seem like going backwards but for me there is a homely feel to it. I just wanted to write a bit to show that we have plenty of history in the league and for the most part it has been a successful place for the club.

I will be writing a little preview closer to the start of the season, mainly comparing our records against the 2015/16 line ups.

After being selected in today’s game against Stockport County, Tigers’ captain Josh Brizell has now made his 150th appearance for the club.

Josh arrived from Rochdale in October 2011 appearing as an unused substitute at Harrogate Town but didn’t make his debut until November, coming on at half time against Hinckley United to replace Joel Richardson. He went on to become a regular starter in the championship winning side, making 23 appearances in total.

He was an integral part of the side that survived the first season in the Conference Premier making 43 appearances and scored his first goal for the club, a late winner against Cambridge United.

Last season he started 40 games as Hyde were relegated from the Conference Premier and was sent off on three occasions.

Today’s appearance is his 44th of the season, the most he has made in any single season, and he has also scored six times in this campaign, taking his total for the club to nine.

He has been sent off four times in total (none this season), which is a joint club record in the database which goes back to 1979. He shares this with Adam Griffin and Paul Taylor who got their four in less games.

Congratulations Josh, here’s to the next milestone!